You are here:
Farm 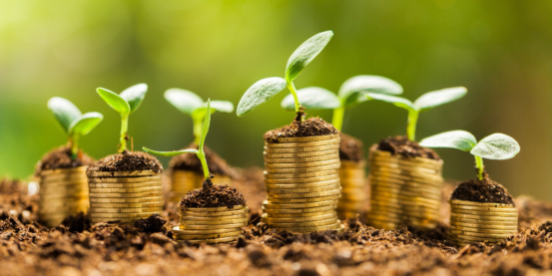 Wondering if there are investment opportunities in agriculture?

However, Nigeria is known to possess riches not only in oil, gas, coal, iron, ore, lead, limestone and zinc but most importantly, it has rich land and water resources that are ripe for agricultural exploitation. Nigeria is blessed with 84 million hectares of arable land, 5.04 million hectares (60%) of uncultivated land, almost a whole year sunshine, 230 cubic meters, and about 200 million population. Agriculture has its place in the history of the nation, which is why the green color in the flag depicts the progressive role it has played, serving as the major source of livelihood to over 75% population. “The discovery of agriculture was the first big step toward civilized life’’ It has been one of significant earnings of producing food for human utilization. Today more and more lands are being developed for the production of large crops.

In the past, Nigeria was famous for the export of groundnut and palm oil and many more but over the years the rate of export of product has reduced and which is why Cloud Farm Funds and its experts comes to fill in the gap, aiming to empower farmers, increase food security and enriching funders by welcoming financial partnership/Investment from anywhere in the world.

Cloud Farm Funds is a farming enterprise in West Africa, in partner with RainTree Farm. Our mission is Empowering Farmers, Increasing Food Security and Enriching Funders. Funders capital covers crop production and rearing of livestock distribution to increase healthy farm and a healthy food. The crops are then processed and sold out within 6-12 month. Funders earn between 10% to 35% returns on their capital based on the plan of choice.

WHAT ARE THE FARMS YOU CAN INVEST ON?

In Nigeria, the consumption pattern varies according to ecological zones and Garri is the dominant product which is widely consumed in both rural & urban areas. Cassava is a cash crop which is grown for profit and are also referred to as season crops. they can be planted and harvested within 3 to 7 months. 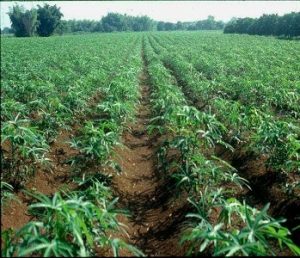 Products which are gotten from cassava and advisable to invest on includes;

The present management endorsed cassava has the major source to boost the economy and investing into the cassava farming business will make you grow financially as you long expected, considering the lands we Cloud farm funds cover which are available for cash crop farming.

Nigeria has what it takes to be rated the highest producer of oil palm in the world, but the country is presently among the highest consumer of oil palm imported from foreign countries. We produce all types of oil seedlings used by both Indonesia and Malaysia, who currently export palm oil products to Nigeria in high currencies.

Agriculturist says Nigeria has Dura, Pacifera and Tinera seedlings used in producing palm oil in any terrain, but the only challenge oil palm farmers normally have were land and finances. Oil palm farming requires large hectares of land & huge amount of money to be accomplished.

From the table above you see that one hectare of land planted with oil palm can produce nearly four tonnes of oil per year – that’s eight times the output for soybean. For a crop grower, oil palm will look like an attractive crop. This efficiency of oil palm is what I think can give it an even bigger role in the global vegetable-oil supply chain in the future. Read more

Why You Should Do Business With Cloud Farm Funds

The discovery of agriculture was the first big step toward civilized life’’ Agriculture plays a vital role in the economy of every nation. It has been one of significant earnings of producing food for human utilization. Today more and more lands are being developed for the production of large crops.

There is a wide gap between the requirement for need of food, crops, livestock, the volume and quantity of food been produced. This gap which causes food insecurity is partly due to lack of funding for farmers both large and small scale, inefficient use of resources, non-utilization of enhanced high seeds and animal breeds.

Cloud Farm Funds is stepping in the gap to empower farmers with required funds, providing them with the right seeds and breeds of animal and ensuring best agronomy practices.

Within thus, increase food security and also enriching the providers of the funder, our funding partners with good returns on investment.

Our values reflect who we are and a principle which guides all we do by relating with farmers and farm funder’s to a future of healthy crops and live stock.

Humility: At Cloud Farm Funds, in achieving success we appreciate all individuals with their own cultural identities. We embrace difference.

Integrity: We comply with regulations, providing full information required as communication will be sincere and opened when dealing with farmers and farm Funder’s.

Customer Focus: We create excellent solutions to our customers by carefully listening to their needs and exceeding their expectations.