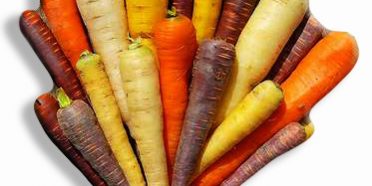 Nigeria, West Africa is well blessed with varieties of food crops and carrots are no exception, carrot is largely cultivated in the Northern Nigeria. Major producing states are Plateau, Kano, Kaduna, Sokoto, Jos.

This crunchy delight is made up of 88% water, 4.7% sugar, 2.8% dietary fiber, 1% ash, 0.9% protein and 0.2% fat. Yep it’s CARROT! Many use this root vegetable on a daily basis but they don’t know basic things about this vegetable and that is what we are going to be discussing today.

Carrots were domesticated in the ancient empires located in today’s Afghanistan and Iran over 5000 years ago. The name “carrot” comes from the Greek word “Karoton” with the word being first recorded in English in a 1538 book of herbs. Carrots are of different species depending on the size, shape, and color. I bet you never knew carrot wasn’t always orange in color, in fact the early carrots were recorded to be white, black, red and purple  but to mention but a few, we have;

During the late 16th and early 17th century, selective breeding in Netherlands caused a genetic mutation in purple carrots which have a yellow-orange to lose their color and turn orange as a tribute to the ruling House of Orange. With over 100 different species, the carrot is one almost everyone in the world would take at one point in life.

Carrots are grown from seed and can take up to 120 days<4 months> to mature some take 70-80 days, it all depends on the right conditions. The total global production is approximately 42mn tonnes ($50.57bn). World’s top producers are China, Uzbekistan, Russia, US while the world’s top consumers China, Uzbekistan, Russia. We must also note that carrot seeds are so small that 2000 seeds would fit a teaspoon. Carrots also contain beta-carotene which our body turns to vitamin A, Carotene is responsible for the orange color of carrot, if you eat an excessive amount your skin will turn an orangish/yellow shade.

Carrots are the second vegetables after beets with the highest natural sugar content. They are widely used in delicacies, especially in salad preparation. The whole eating carrots improves night vision is one of the myths that a lot of people belief but the sad truth is that it was put forward by the British in the World War II to mislead the enemy about their military capabilities. Also the best way to eat carrot isn’t when it’s raw but instead when it’s cooked as it releases on 3% beta-carotene when raw but releases about 40% when boiled.  Furthermore eating too many carrots causes the skin to turn yellowish orange; a condition called carotenemia and can be reversed by avoiding foods high in carotene.

To top it all off City Holtwille in California is often called “The Carrot Capital of The World” as they have annual carrot festival which has been on for more than 60years.